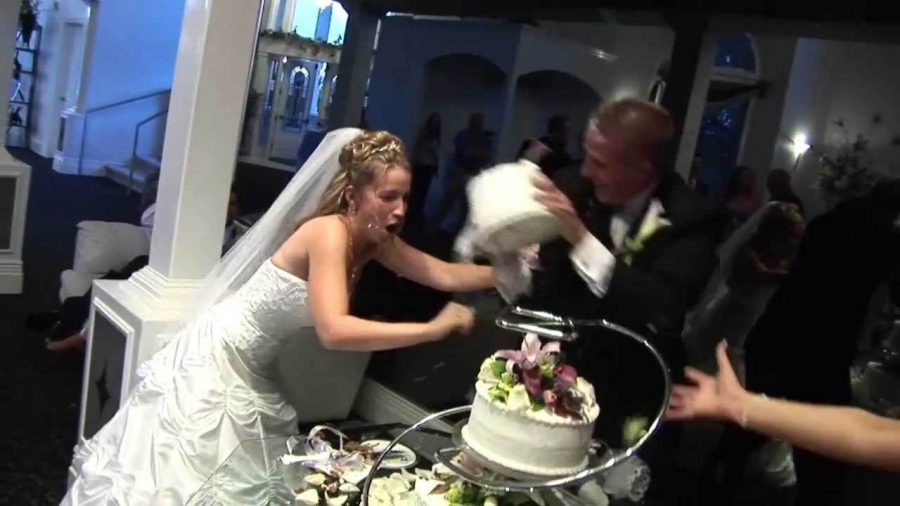 Weddings happen every day and the chances of something going wrong are pretty high (especially when alcohol is involved). If you’re stressing out about it and really want your wedding to go off without a hitch we have put together a little list of wedding fails and how to avoid them.

Stay away from children

I know it’s super cute to have your nephew as the ring bearer or your niece as the flower girl, but let’s face it – children have a way of doing whatever they want when they want even if it means stopping in the aisle to pick their nose.

We have an open pet policy here at Stony Point Hall so you are more than welcome to bring your favorite pooch to celebrate the festivities with you. However, it might be a good idea to make sure they are on a leash during the ceremony.

This applies mostly during the summer months, but a fainting groomsmen is a more common occurrence than you would think. They are often in black tuxedos which attract and retain warmth from the sun, they’ve been helping the bride and groom all day which can be a little stressful, and the last thing on their mind is probably drinking some water.

Smushing cake in the face of your new spouse

I know it’s a hallowed tradition to cram the first slice of cake into your lover’s face and we’re not trying to stop you from doing it. Here are a few tips to stop it from being a fail: Stand there and take it – running makes it easy to trip, Don’t do it next to the cake table – not being able to see because of the cake in your eyes is a disaster waiting to happen, and finally less is more – the less you cram the less winds up on the floor and the less chance you have to slip.

Again, not going to try and stop you and we only have one piece of advice – make sure there is plenty of room both above and behind the bride.

Not as dangerous while running with scissors (…or is it?) but still a recipe for disaster. This also includes dancing or walking on tables, trying to do anything with a chair other than sit in it, or that poor split second decision telling you to pick someone up.

That’s it – but remember a fail is not always a fail. If something goes wrong at your wedding it’s not the end of the world, it’s what makes your wedding memorable. If it makes people laugh it means they are having fun and that’s what it’s really all about. If you’re really dead set on a flawless wedding – take a look at the video below to see what NOT to do.